Home » Bill Russell » You are reading »

Bill Russell, Cosimo Matassa, and the Musical Culture of the French Quarter 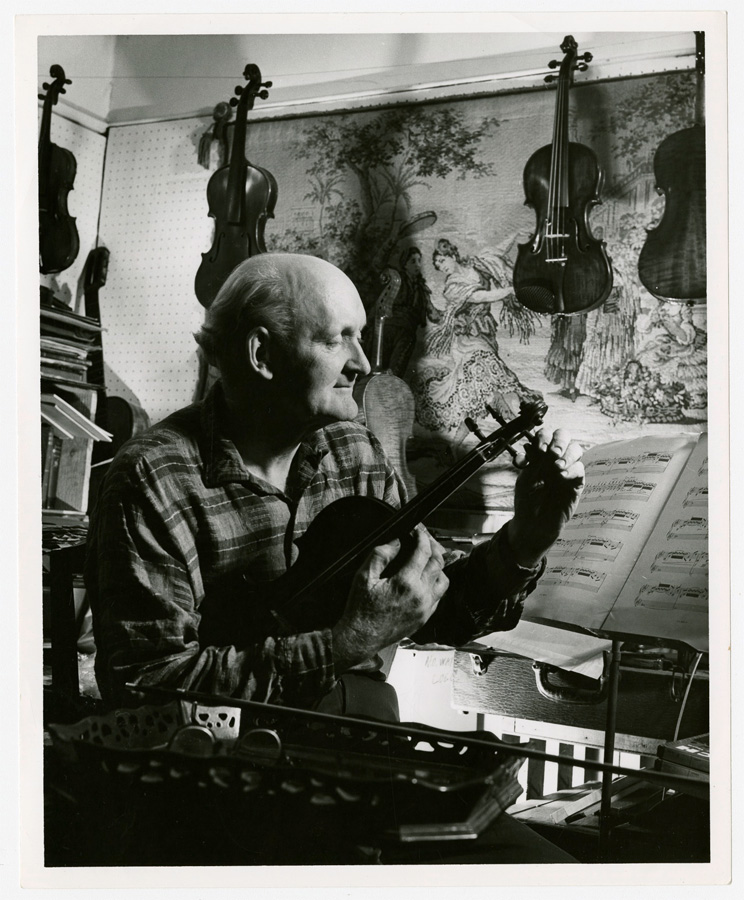 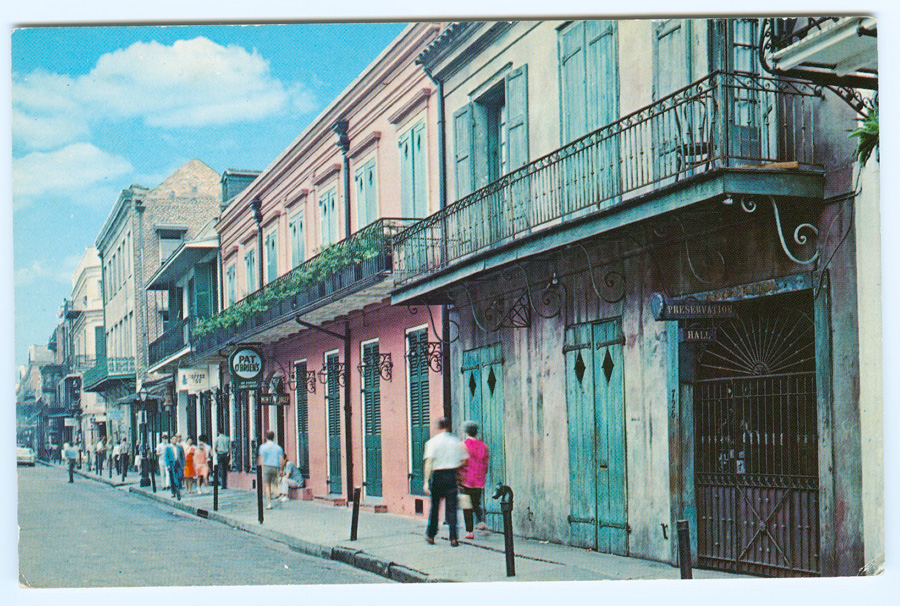 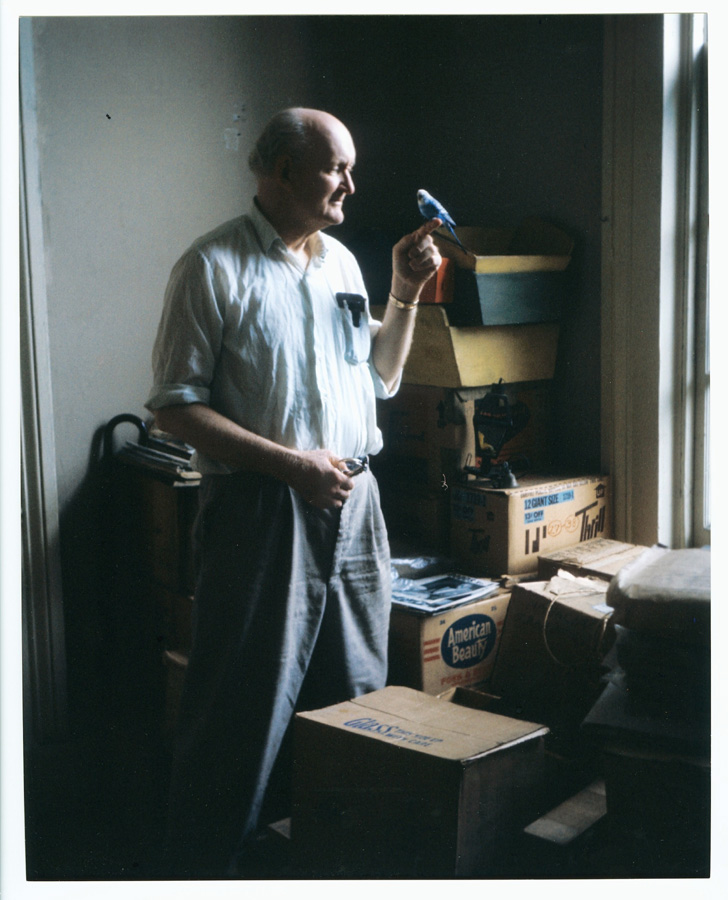 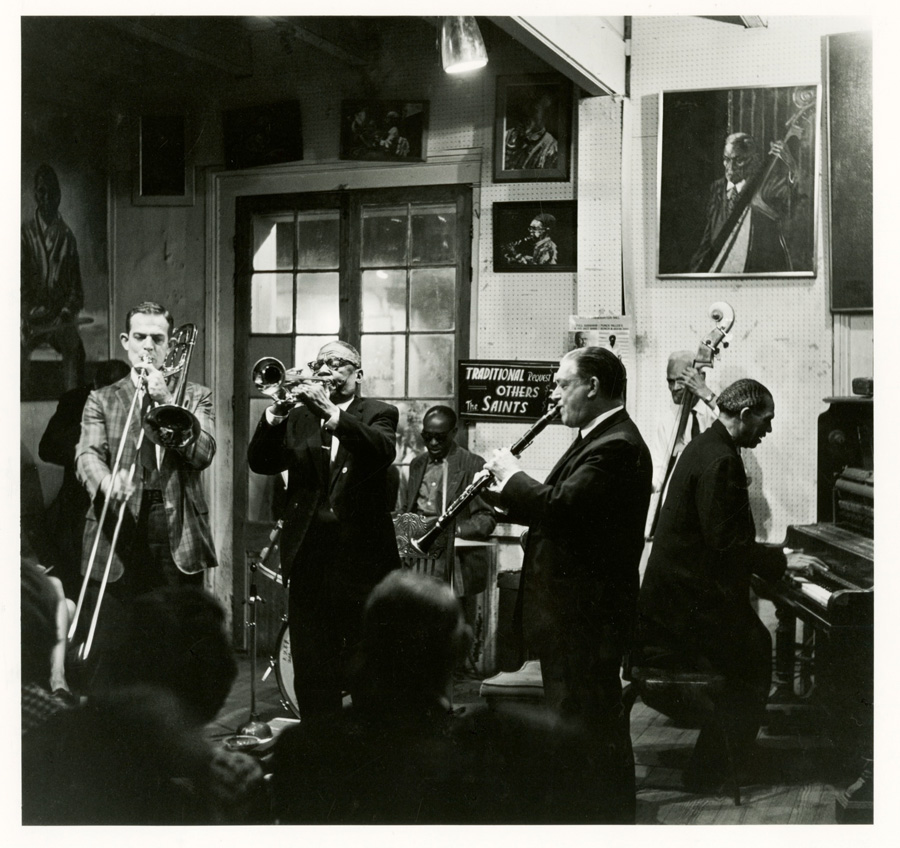 Russell, born in 1905 in Canton, Missouri, became an indefatigable jazz-record collector after he found a Jelly Roll Morton record that one of his students had left in the classroom at the school on Staten Island where he was a teacher. His work for the Jazzmen book brought him into contact with Bunk Johnson, an old trumpet player who had fallen on hard times. Russell helped Johnson get a new trumpet and began recording him in the early 1940s. By 1944, Russell had started his own record label, American Music, for the purpose of preserving the New Orleans style of music. Russell was not only interested in documenting the sound of current brass bands, the tradition of which some people feared was endangered in New Orleans; he also asked Johnson to put together a band of musicians who could recreate the older sound from the turn of the century. These recordings, made in the back yard of clarinet player George Lewis’s home in the French Quarter, are relics of an earlier time and remain invaluable to those interested in the history of New Orleans music. The importance of Russell’s work and dedication cannot be overstated. When he died in 1992, his obituary in the Times of London referred to him as “the single most influential figure in the revival of New Orleans jazz that began in the 1940s.”

Russell operated his American Music label out of Chicago until 1956, when he relocated to New Orleans permanently, fulfilling perhaps his lifelong destiny. He was to become a regular character of the French Quarter for the next thirty-five years. In 1958 Russell was appointed the Curator of the Archive of New Orleans Jazz at Tulane University (now known as the Hogan Jazz Archive), where he began recording hundreds of oral histories with New Orleans musicians and their families. While working for Tulane, he continued running his record label, which is still in existence today, and also opened a record store in the French Quarter, originally on Chartres Street, and then later on St. Peter Street. Over the years Russell became a fixture at Preservation Hall, that jazz landmark at 726 St. Peter Street, which opened in 1961 and provided a venue for the same musicians whose legacies Russell had worked so hard to preserve.

New Orleans has such a diverse musical scene that nearly anyone can find a performance that appeals to them. Obviously musicians are the most important people in carrying forward the musical heritage of this city, but men like Bill Russell and Cosimo Matassa, long-term French Quarter fixtures both, were essential in recording and preserving those traditions and helping to bring them to national prominence. So go out and enjoy some live music this weekend, and remember the history that helped enshrine the French Quarter of New Orleans as one of the preeminent locales for music in America.

« Bill Russell and the Discovery of Jazz
Are we related to John Philip Sousa? »